MANY CONFIGURATIONS SHIPPING IN 1 DAY 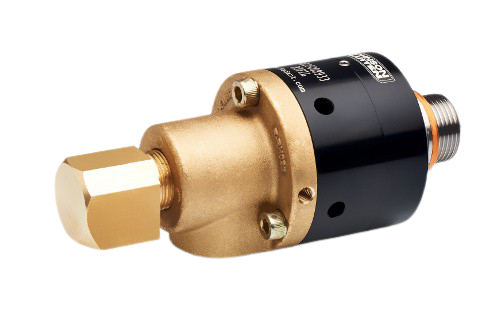 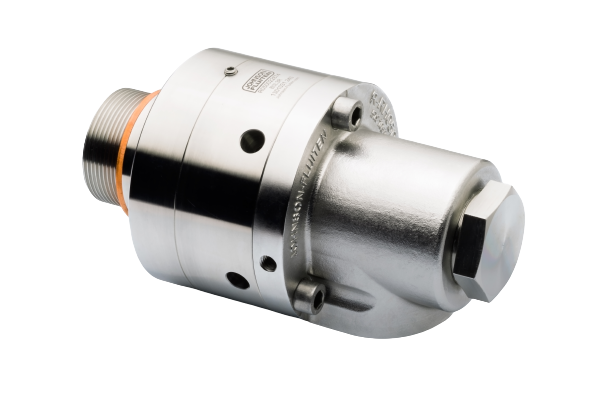 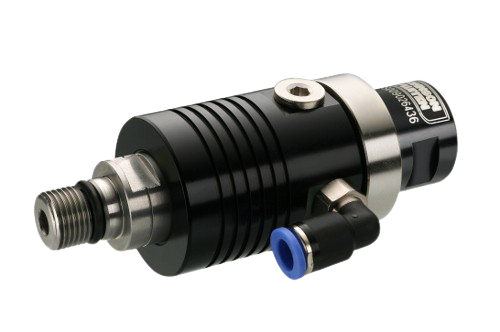 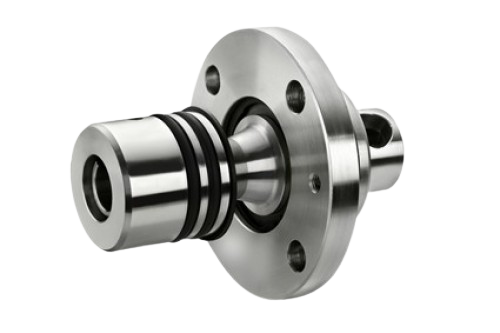 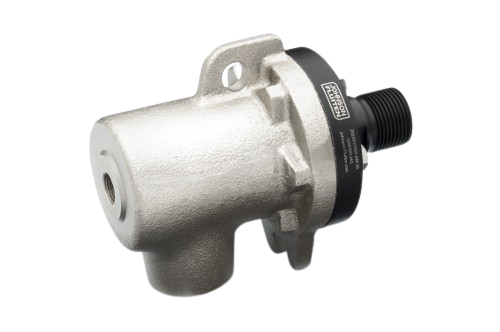 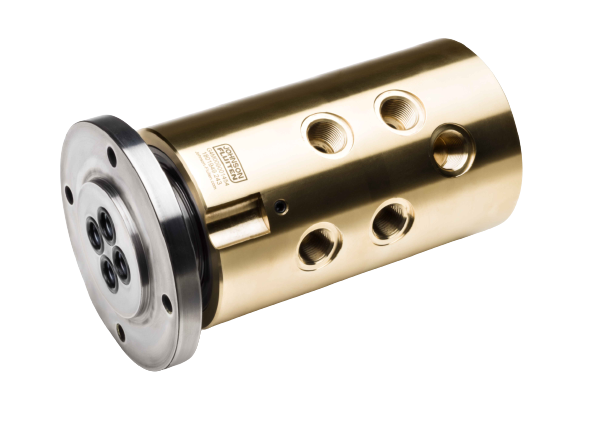 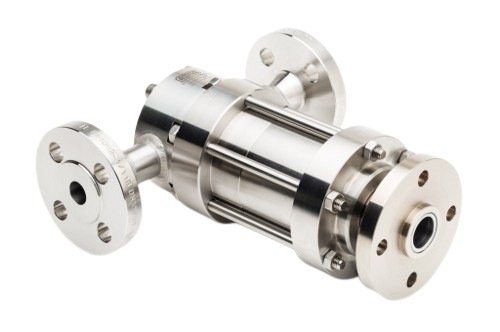 Send in a request! 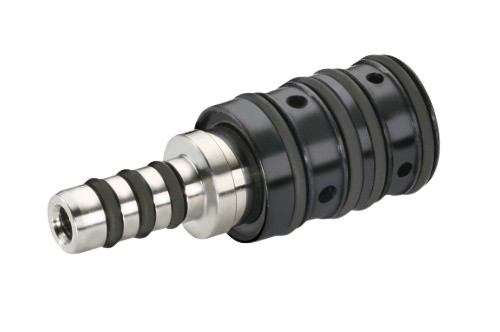 Johnson-Fluiten offers a wide selection of high quality accessories for proper installation of rotary joints on your equipment, as flexible hoses, rotor flanges, couplings and others. 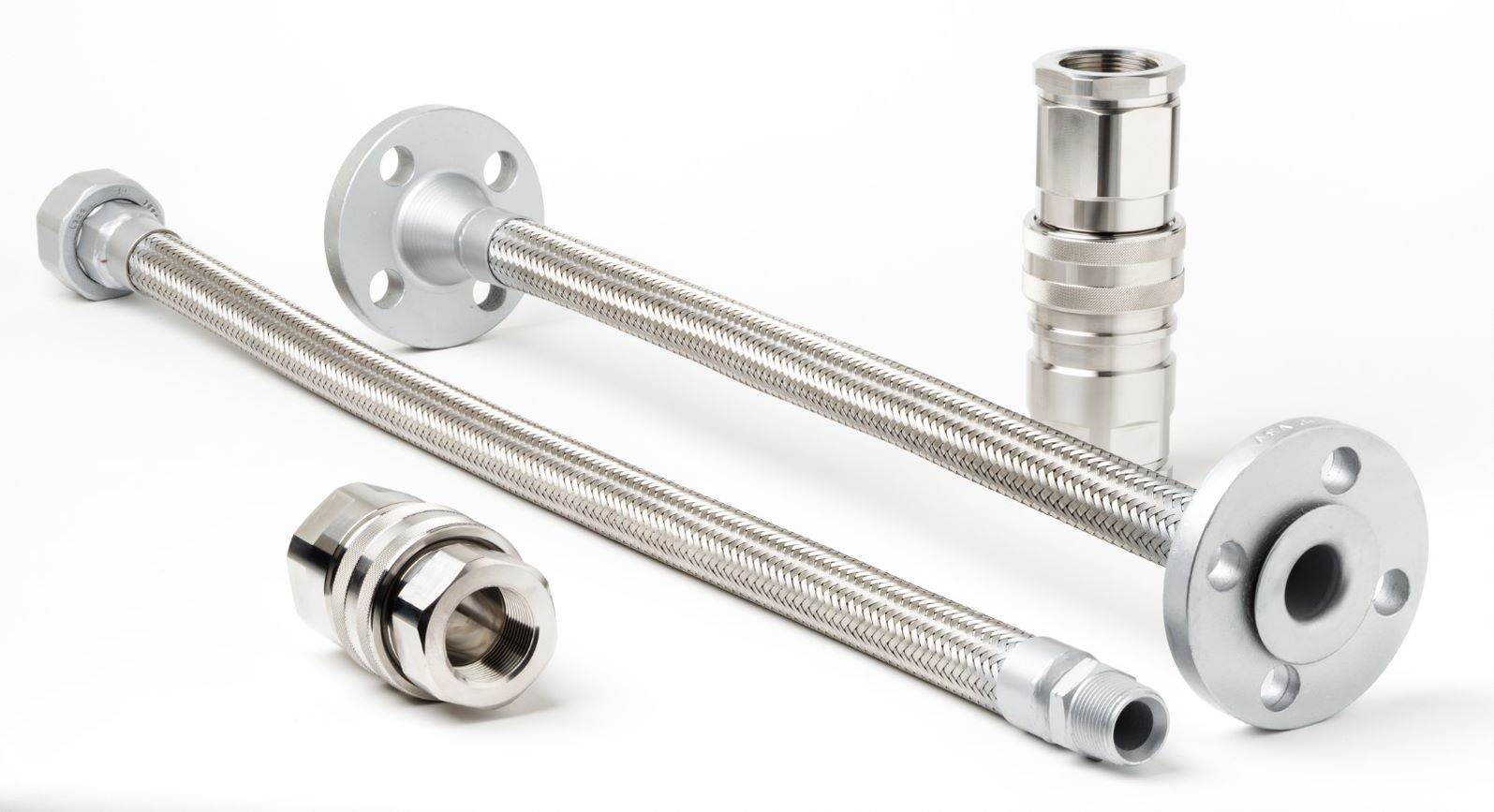 WHAT ARE ROTARY JOINTS & ROTARY UNIONS?

A rotary joint, also referred to as a rotary union or rotating union, is a rotary sealing device that connects rotating equipment to fixed piping for the transfer of steam, water, thermal oil, coolant, hydraulic oil, air, and other media. Rotary unions can be designed with multiple passages and manage multiple media types simultaneously. In these cases, a soft seal such as an O-ring is used to prevent the fluids from “crossing-over” into another passage. Soft seal multi-passage rotary unions are used in a variety of industries and applications including oil and gas, food and beverage, aerospace, robotics, and medical devices. In some applications, the rotary union is fitted with slip rings for transmitting electrical signals as well as hydraulic power.
With conventional rotary joints, a spring-loaded seal is used to keep the fluid or gas medium from being dispersed into the atmosphere. The fluid or gas in many applications is to create a temperature change to the product that is produced. For example, steam to dry paper, water to cool the rolls on which metal billets are produced, hot water to heat the plastic granulates and cold water to cool the plastic film. In all these cases the rotary joint has a mechanical seal. The mechanical seal is the heart of the rotary joint and is either balanced or unbalanced. With an unbalanced mechanical seal, the spring is used in the rotary joint to maintain the initial internal seating, and the rotary joint is pressure-sealed once in operation. Low-pressure or vacuum service relies on the spring force to create the seal. Conventional rotary joints are either self-supported with the use of an internal carbon guide, or external-supported using rods or a mounting bracket.

Balanced seal rotary unions are generally used with fluid service (e.g. water, coolant, etc.), but can be used with steam and other gases. Balanced seal technology relies on optimizing the spring pressure to create a positive seal within the rotary union. The operating pressure of the media has little, if any, effect on the seal load. Balanced seals are typically flat face seals and the rotary unions are supported by ball bearings.
The seals are the main wearing components of a rotary joint and rotary union. During operation, seals can experience internal loading forces from fluid pressure, as well as friction from contact between the sealing faces. Factors related to the machine speed, temperature, and media used can also affect the life of the seal ring. To a large extent, a rotary union is only as good as its seal package. Poor quality seals naturally wear out more rapidly, leading to an increase in maintenance, downtime, and repair cost. When a seal fails, media escapes and the efficiency of the entire heating or cooling process suffers. All of this makes the actual replacement cost of the seal just a small portion of the total cost of a seal failure.
Fluids influence the type of mechanical seal that is being required. Some fluids like air are not very good lubricators. In that case 2 seal materials are often used that in combination will create a lubrification between the sliding faces. In other cases, like water or oil the fluid will create a very thin lubricating film that will reduce wear of the seal faces. Seals are often not made of the same seal materials. Usually there is a harder and a relatively softer material. This will help the seal faces to adapt to each other’s wear during their lifetime and remain tightly closed. But also 2 hard seal materials can be used like silicon carbide and tungsten carbide. When 2 harder materials are used this is very good for water that contains dirt particles. An example is unfiltered water. For the longevity of the rotary joint filtered fluids are giving the best results. 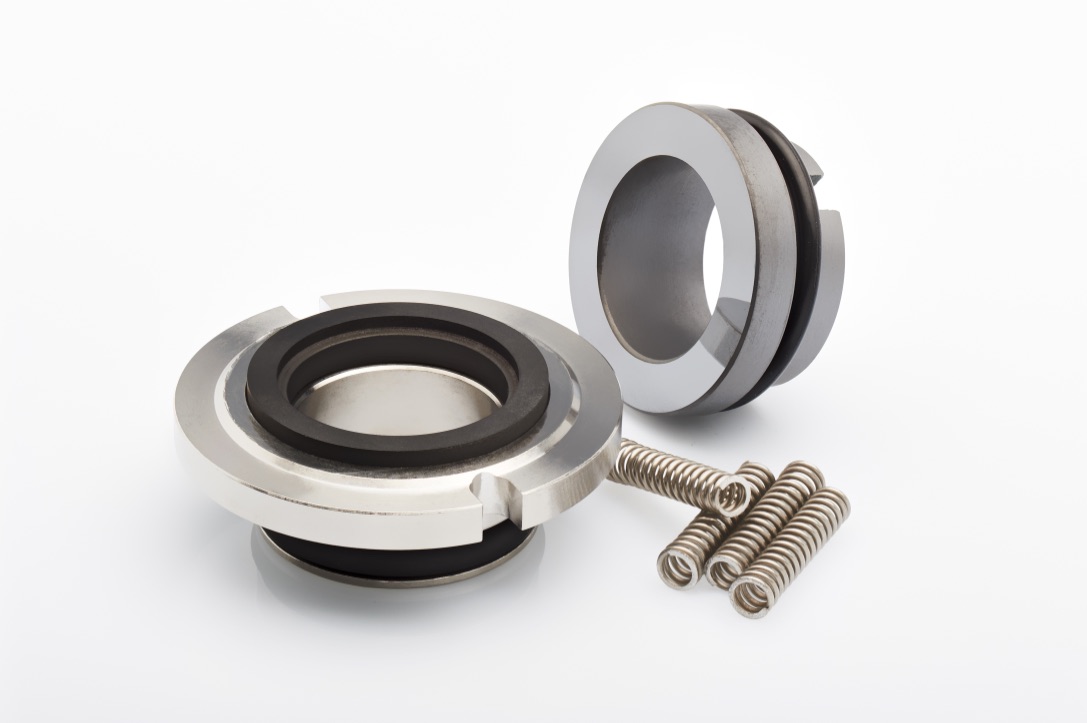